Since moving north a few years ago, I've been meaning to visit Cave of the Mounds.  It's "a natural limestone cave located near Blue Mounds, Wisconsin" and "is named for two nearby hills."  I've been an RPGer since folks first began publishing RPGs but hadn't until this last weekend been underground in a cave complex.

I'm sure true spelunkers would categorize my experience as touristy, and it was, but being in Cave of the Mounds for nearly an hour was one of the highlights of this year for me.  It's not far west of Madison and anyone in northern Illinois or southern Wisconsin could easily make a day trip of it. 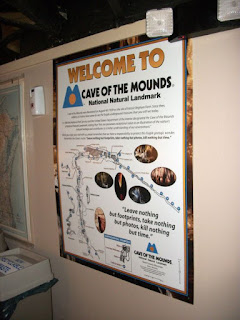 It costs less than twenty bucks and just under ten for kids, though I paid the extra six dollars for a one-year membership with the intention of getting back there a couple more times.  Even if circumstances prevent me from returning, I'll feel it was money spent well for the preservation of this beautiful, natural landmark.  More photos from my trip (nearly 200) can be seen in my Facebook album here and Google Plus album here. 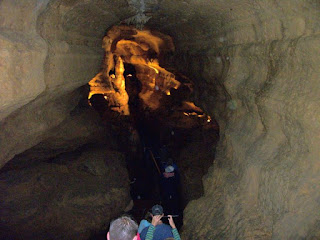