Last night was one of those wonderful celestial events known colloquially as a Blood Moon.  Over the next year and a half, beginning with last night, four total eclipses will happen in sequence, known as a tetrad.  Read more here! 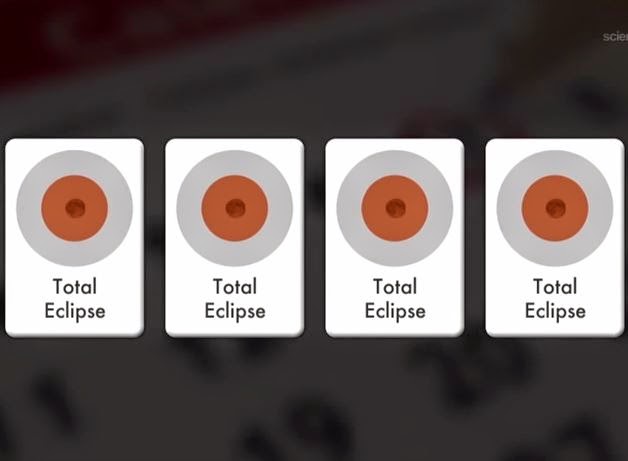 On a related note, I've once again uploaded the Toeffrun Creation Myth offering to RPGNow. com, and related sites.  It's a fine pantheon product originally created for Era 3.XE but which is quite useful to any Medieval Fantasy setting and easily adapted to any system (very little of it is system-dependent).  Check that out here!  I mention it because one of my favorite deities from the pantheon is Nekrem.  In my own setting, those who know of Nekrem and wish to ward off the danger a Blood Moon can bring on hold up their thumb and index finger in a circle on front of their eye, look toward the Blood Moon and utter, "Her Eye, the Moon" three times.  A superstition, no doubt, but why take chances? -


Nekrem - Mistress of Death Neutral Evil is the alignment of Nekrem, though she has followers of all the evil alignments and even some who may merely cross the line occasionally. Those brief glimpses into the darkness can be the undoing of a person, but greed and other motivations have a way of making some people rationalize their behavior. Most often celebrations and rituals in her name occur only at night or in the dark places where most mortals fear to tread. Oddly, there are annual rituals held by those of other religious beliefs, in the dead of winter, which are performed by those who hope to placate her and bring a speedy spring. Weapons favored by the followers of Nekrem are usually chosen for the amount of pain they can inflict. They include acids, poisons, spiked and barbed weapons of all kinds, and the whip. Nekrem’s domains are Death, Destruction, Evil, Magic and Trickery