In my campaign setting of Grymvald, there exists a sword so powerful it can alter time.  I'm not writing here about the Cursed sword that alters reality, which actually causes folks to jump between parallel dimensions to one that gives them their desires in the worst possible way imagined.  I wrote about that before here for the RPG Blog Carnival last December.  What I am discussing is a sword that allows the user to give up his life force in exchange for returning before something bad has transpired, possibly striking first or casting a spell prior to a fatal attack from some monster in a fight to the death.  The exchange rate isn't all that onerous, really, considering what the wielder gets for the bargain.  A measly six hours of life for a six second jump back in time.  One could give up a day and jump back twenty-four seconds.  Even longer is possible, though there are side effects involved.  Let us also not forget that three days without water and three weeks without food, could result in the death of the character, so overusing the sword's power can be very bad indeed. 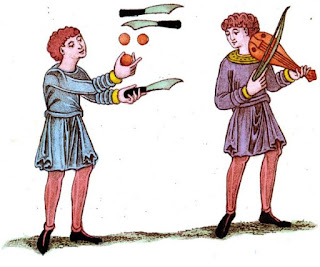 The sword is known as Savior.  It could be added to any setting where swords exist, even ones where they aren't the primary type of weapon, like a modern setting or one with firearms, as long as they exist as a concept.  I use it in a Medieval Fantasy setting but certainly a sword in a campaign set in Ancient times or a pirate-themed campaign would work just as well.  As mentioned, the beauty of the sword is that it can be used for any length of time provided the exchange rate is accepted.  Of course, the longer one waits to determine if they want to go backwards, the more forward they have gone and the price gets higher and higher.  There's also no guarantee that travelling back is going to amount to any significant difference.  However, the sword's power could be used to prevent falling into a pit.  One could use it to avoid having been surprised.  Or it could be used to save someone who has just died. 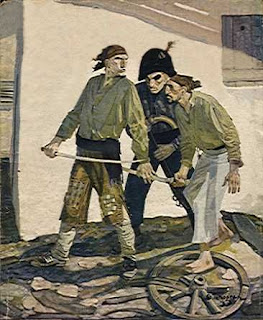 Imagine a creature about to die that manages to bite a swordsman and introduce poison into his system.  "No way," he thinks.  "I want to go back!"  So he gives up twelve hours and travels back twelve seconds so he can strike first only to swing and miss.  The dying creature still gets its shot in, though the GM needs to re-roll the attack, but if it hits there could be trouble if the swordsman once again fails his saving throw versus poison.  Of course, at that stage, the twelve hours lost is a moot point but the swordsman could use it again, and again, if desired.  It is a magic sword, of course, for purposes of combat and can be used as such without using the additional power.  Not that having such a power is too tempting not to use.  Of course not.  What sort of GM would lay such a trap for a player and his character?