As a setting for MtG, Innistrad has been around about half a decade and was designed to make the most of the horror genre.  It was first featured in the artwork of the MtG Innistrad set block which began with the titular Innistrad and continued with Dark Ascension and Avacyn Restored.  "The events of the Innistrad block center on the events after the sundering of the Helvault, a giant chunk of silver metal that was used by the archangel Avacyn to imprison Innistrad's worst horrors, the demons. It is then revealed why the archangel Avacyn vanished from the plane in the first place, leaving the humans of the plane defenseless against the gothic horrors of Innistrad."  Read more on that here. 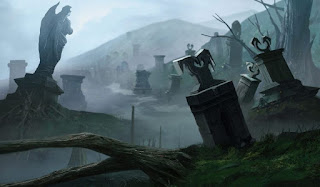 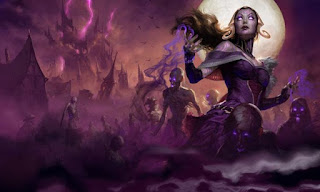 There's a lot of great artwork and inspiration to be had from this card game.  I'm constantly amazed by the level of talent they gather for the artwork, and the game plays great for almost a quarter of a century. 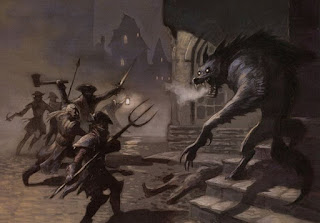