The Ghost Ships of Suisun Bay

A dumping ground for old ships awaiting the scrapheap need not be just a modern real world problem.  In your Medieval Fantasy setting you could have an equivalent setting feature.  Imagine a massive fleet after an epic invasion coming home to a huge shipyard, built to dock them all, then the monarchy goes bankrupt and mothballs the fleet.  Or, worse, a country's population is half-or-more wiped out by a plague, and suddenly there's just no need for a navy.  All sorts of possibilities! 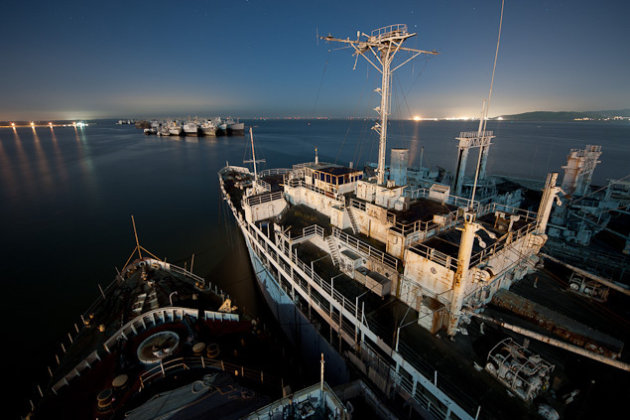