Saturday in Space - Mars One Colony

I've been reading a bit about the Mars One privately-funded colony project lately from its own marketing and from various detractors.  What I've come to realize is, from my perspective it doesn't matter whether it is a sham, a reality show, a true scientific effort, or portions of each and more.  I just like the idea.  To me, this is going to be a fantastical unfolding story for many years and will bring me as much joy to follow if it fails to launch not nearly as much as if it becomes a rousing success story, but still fantastic at either extreme. 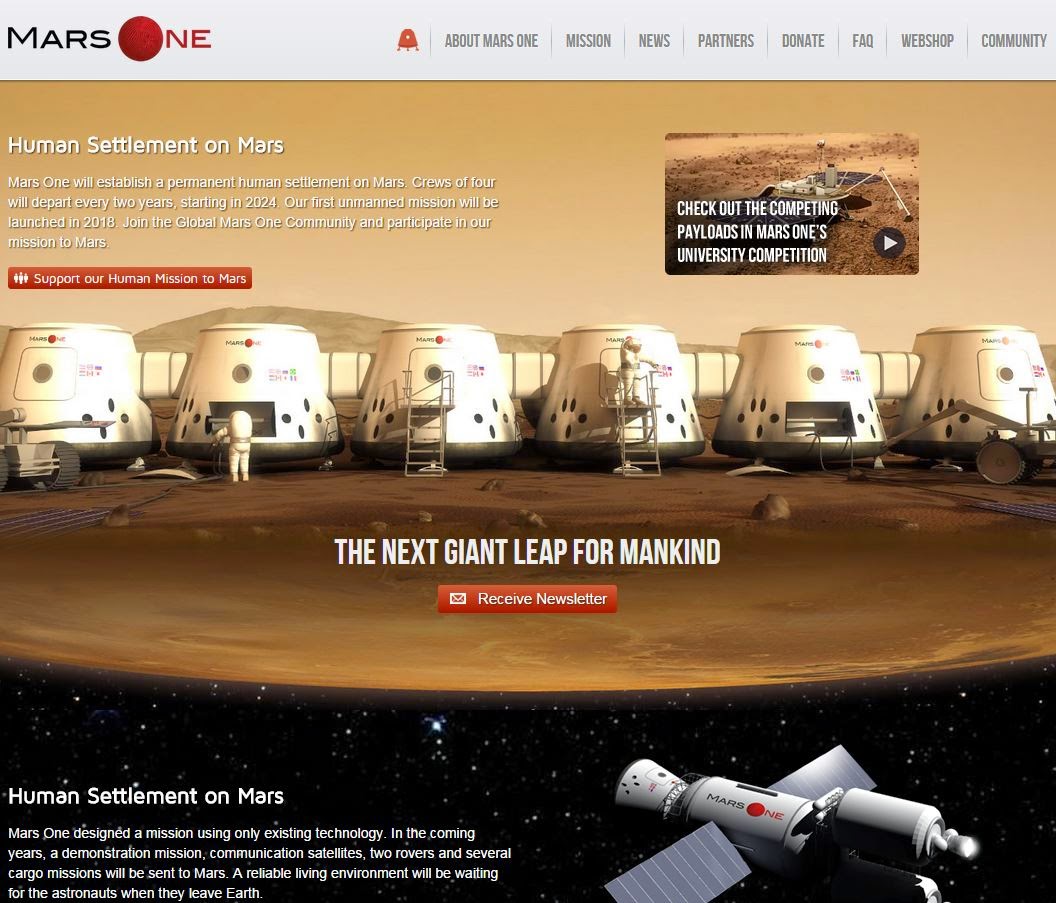 There is the distinct possibility, if it actually gets off the ground, that a tragedy awaits anyone making the attempt to first colonize Mars.  But these are adults, making choices and knowing the risks.  I've never been from the school of thought that we need to overly protect people from themselves and label every sewing pin as pointy.  Who could or would read the warnings anyway?

So, I say, buckle up and enjoy the ride, or at least the show, as the Mars One is unveiled over the years to a waiting public, or just me.  Read more here.


Saturday in Space on GRYMVALD.com
What's happening in Space and
what can it mean for our tabletop RPGing?