Some Father's Day travel had me down in Illinois for a couple of days so I managed to pop into a couple of Half Price Books along the way and am so glad I did.  Three of the books I picked up were not strictly game books but looked to be interesting reading with RPGing in mind, so I snagged them: one at $4.99, one at $2, and the last for $1.  The first was an Osprey Publications tome written by Daniel Mersey, the same fella who penned Dux Bellorum (2012),  the Lion Rampant (2014), and Dragon Rampant (2015) wargaming systems.  It's titled King Arthur (2013) and is part of the Osprey Myths and Legends series.  I had noted this one was out there when looking at other Osprey titles and kept it in mind in case I ran across it in this way, so I was lucky I did.  Mersey also has another in this series titled The Knights of the Round Table (2015).  I'll grab more of these when I see them at HPBs in the coming years and likely buy some more directly as the spirit moves me. 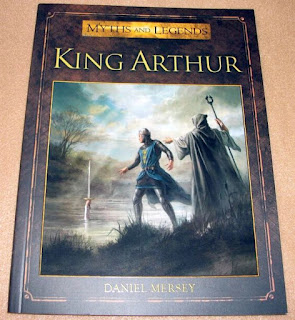 Also, in the clearance section, I found a 2006 printing of The Broadview Anthology of British Literature, Volume 1: The Medieval Period.  This is a fine textbook by a Canadian publisher with just a bit of underlining and marginalia.  Naturally, everything in it has been printed elsewhere and I am fairly certain I have it all in various sources but this was in great shape.  I'm particularly interested in reading their historical notes and refreshing myself on some of the literature.  I don't think I've read Beowulf for a few years and some of the material I have not seen since college. 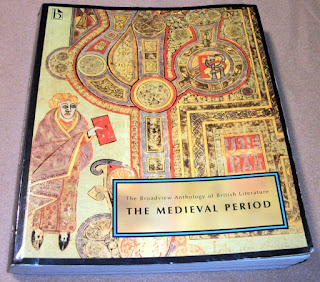 Finally, also from the clearance section, I stumbled across a book I had once known was written but had never picked up and read.  This is one of the Dover Thrift Editions, so it is of material in the Public Domain, and is by the author of Robinson Crusoe, Daniel Defoe.  It is titled A Journal of the Plague Year (1722) and is meant to be a fictionalized account of the events of 1665 when the plague once again hit London.  Although Defoe lived from 1660-1731, the material is said to bring more to the table and be more enlightening about the events than the work of Samuel Pepys who wrote an eyewitness account at the time.  It has been argued over the years as to whether this is truly a work of fiction or, more so, and edited compilation of sources from the historical notes of others but I am leaning toward it being an early example of what we would today call a Historical Novel.  I'll wait to read it to fully decide, of course.  And naturally, once I am done reading this, I will want to devastate a portion of my RPG campaign setting of Grymvald with a plague! 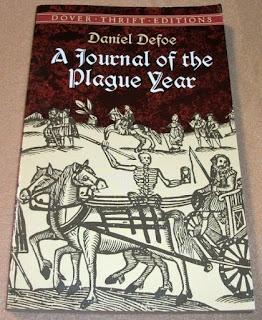