Historical Thursday - The Barbarian Empires of the Steppes

I've often touted The Great Courses as one of the most enjoyable ways for me to pass my time.  Sure, I've binged every season of Stranger Things as they dropped and I was cautiously optimistic as I awaited each season of Game of Thrones.  But when I am looking for something to engage me in a more cerebral manner, I frequently grab a lecture series on history.  I recall when this first became a habit with The Western Tradition delivered by Dr Eugen Weber, PhD, and produced by WGBH in 1989.  It feels a bit dated these days, to be sure, for numerous reasons, but thirty years later it's still a solid introductory college-level course transported from the lecture hall into anyone's home.  Over time, the availability of offerings through The Great Courses, on cassette tape and VHS, then on DVD, and now through their streaming service and on Amazon Prime, has proliferated tremendously, so they've  become the main source of my incidental learning-for-entertainment.  Make no mistake, you can study a myriad of subjects through them in a much more disciplined manner than I do, but for me it's mainly a source for casual coursework on history and sometimes other things such as literature or fine arts.  To each their own. 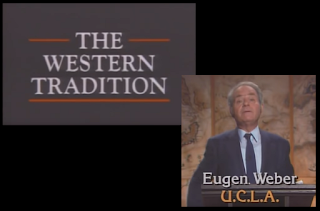 One of the reasons I so enjoy spending my leisure time absorbing knowledge this way is because it feeds my creative fires as I world-build for RPGs.  No one can create in a vacuum.  That's the fastest way to suffocate your creations.  One needs grist for the mill and folks to feed the resultant bread.  At the end of your process, a creator needs an audience, but at start, one needs fuel.  Many world-building RPG enthusiasts love reading fantasy or other fiction novels.  I've done a bit of that.  Some enjoy getting their inspiration from television, film, or the equivalent from online outlets.  Guilty as charged to some extent.  Those sources, however, tend to feel as if they funnel me toward someone else's vision of a story that's already been told, or simply a variation of it with the serial numbers filed off.  To really get my creative juices fired up with raw material that let's me scratch-build, or closer to it, I like examining historical content, sometimes broad and sometimes detailed, and I like it in video format.  History books are great but the convenience of recorded talking heads coupled with graphics and maps works for me. 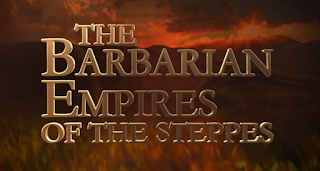 Most recently, I've been intermittently immersed in The Barbarian Empires of the Steppes with Dr. Kenneth W. Harl from The Great Courses.  It's a thirty-six part lecture series, each just over a half hour.  I've enjoyed several other courses from this instructor, so I figured it would be a good fit for me.  I don't pay the per lecture or even per series fee but rather plunk down the $8 a month then immediately go into my subscription for Prime Video channels and cancel it right away which kills it at the end of the 30-day period rather than auto-renewing.  I tend to binge when time permits rather than parcel such things out on a schedule so I'll secure a subscription for a month here and there throughout the year rather than continuously.  Some folks like the convenience of just leaving those open but I'd hate to wake from a year-long coma, fall in love with my caregiver, but also be ninety-six bucks poorer.  I'm not sure why this scenario requires me to fall in love but call me a frugal romantic. 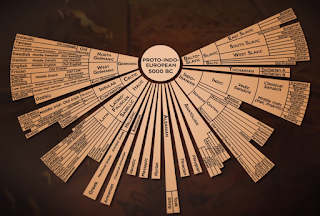 The description for The Barbarian Empires of the Steppes is as follows: "Attila the Hun and Genghis Khan loom large in the popular consciousness as two of history’s most fearsome warrior-leaders. Yet few people today are aware of their place in a succession of nomadic warriors who emerged from the Eurasian steppes to seize control of civilizations. Get startling new insights on how the world was shaped and discover cultures and empires you’ve likely never encountered."  The course spans a great swath of time and looks at the intersection of three continents and is fairly comprehensive.  What has been striking me as most interesting is how fluid the cultures and languages develop, wax, and wane.  The impact of the people who sprang from the Steppes is so much more powerful than I had ever imagined, and repeatedly so.  Various cultures in Asia, Europe, Northern Africa, and, of course, the Middle East have all been influenced, invaded, displaced, usurped, supplanted, conquered, integrated, and infiltrated by people from the Steppes who, in turn, have then come to one of the aforementioned fates.  It's amazingly dynamic. 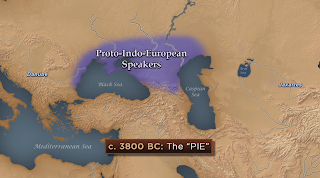 The beginning of the series touches on some of the later highlights, Attila the Hun, Tamerlane, and Temüjin, AKA Genghis Khan, as well as Hulagu Khan, a grandson of Genghis Khan, who is mentioned in the opening salvo.  The latter besieged Bagdad in 1258 over the course of forty days and, after the eventual surrender, felt no mercy because of the delay to submission.  The following sack of the city was a massacre with great loss of life, destruction of architecture, and obliteration of many records.  The limits of historical data is a recurring theme throughout the series and Dr. Harl makes it clear when information and sources are disputed or sketchy.  After giving an overview, he quickly dives into the nuts and bolts: the domestication of the horse, the search for good pasture lands, the drive for trade goods (and slaves).  These things drove early cultures on the Steppes and mostly continued to be an underlying factor throughout time.  One might think that it could become rather one-note but the nuances are there as well. 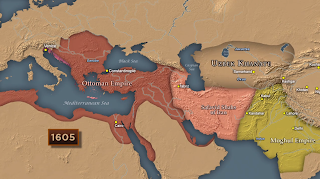 I'm enjoying The Barbarian Empires of the Steppes as I have many other series from The Great Courses.  Take a look through their catalog to see if there is enough of interest to you.  If you already have a Prime subscription, a meager eight bucks let's you sample much of what they offer and I've no doubt there's plenty enough to interest anyone.  Enjoy!