Not far north of Dublin City lies a prehistoric site in Ireland "dominated by the three well-known large passage tombs, Knowth, Newgrange and Dowth, built some 5,000 years ago in the Neolithic or Late Stone Age. An additional ninety monuments have been recorded in the area giving rise to one of the most significant archaeological complexes in terms of scale and density of monuments and the material evidence that accompanies them. The Brú na Bóinne tombs, in particular Knowth, contain the largest assemblage of megalithic art in Western Europe."  Learn much, much more here. 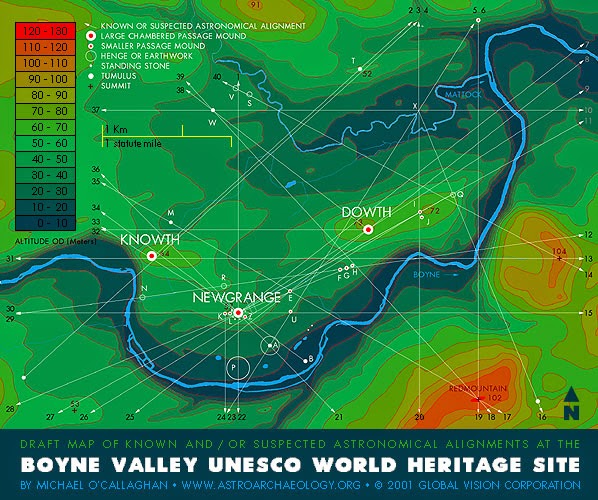