Lester Smith's Popcorn Press has released the collection Cthulhu Haiku II.  Lots of inspiration for your Cthulhu-based horror games, or any horror really.  In is available at Amazon and in one reviewer's opinion -


The subtitle is "and more Mythos madness." There are a lot of haiku here, but other poem formats and even short stories are plentiful. Images and entities from the Cthulhu Mythos, based on the writings of H. P. Lovecraft, are featured throughout the book, at least obliquely. I like this varied and massive collection of work by scores of talented folk. This (Mythos) isn't all they write, but the early 20th century fantaisists like HPL and William Hope Hodgson fired their imaginations, and the fascination never really let go. If you like the nuggets of joy that short pieces can provide, and you like the stories and poems (nearly a century old now) epitomized by Blackwood, Machen, Derleth, and HPL, you'll probably really like this book. These works are not terrifying, but they are not for small children. The cover is suitably eerie. 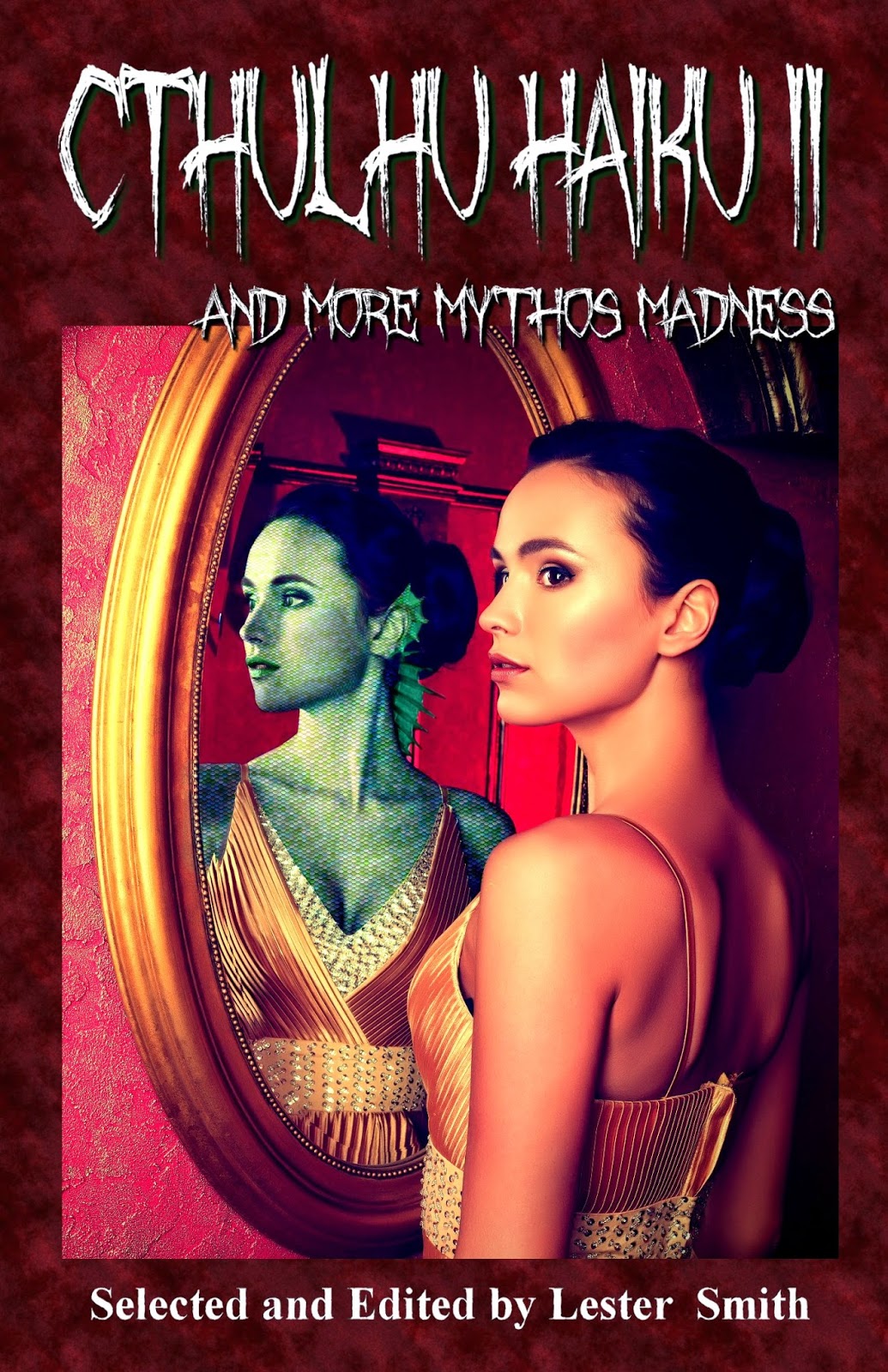