Just recently, a huge hole has appeared in the Siberian region of Asia that some believe is the result of a natural underground explosion.  It has resulted in a lot of speculation as to why it has formed and to what it might portend.  Read more, and see lots of pics, here and here. 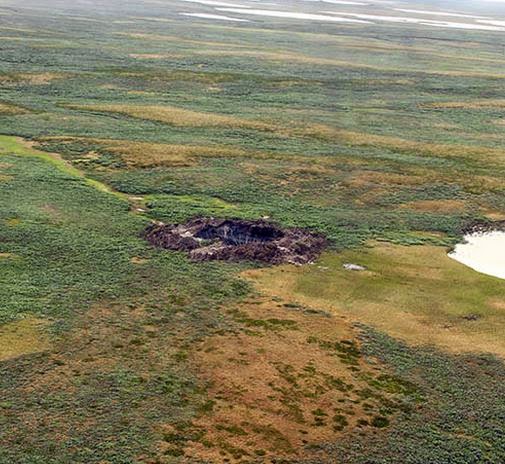 For us gamers, this opens up a world of possibilities in regard to how it can be exploited as a setting location or disaster.  There have been plenty of stories over the years involving sinkholes and craters from meteor bombardment but the idea of a huge enough underground gas explosion to form such a hole is something I hadn't known until now.  Of course, magic-gone-wrong or wars of the gods scenarios are a couple of options for jumping off points.  Also, over-mining by Dwarves or some other underground species could be just as provocative and be used in a lower level adventure hook.  Just a few ideas there for potential game fodder.